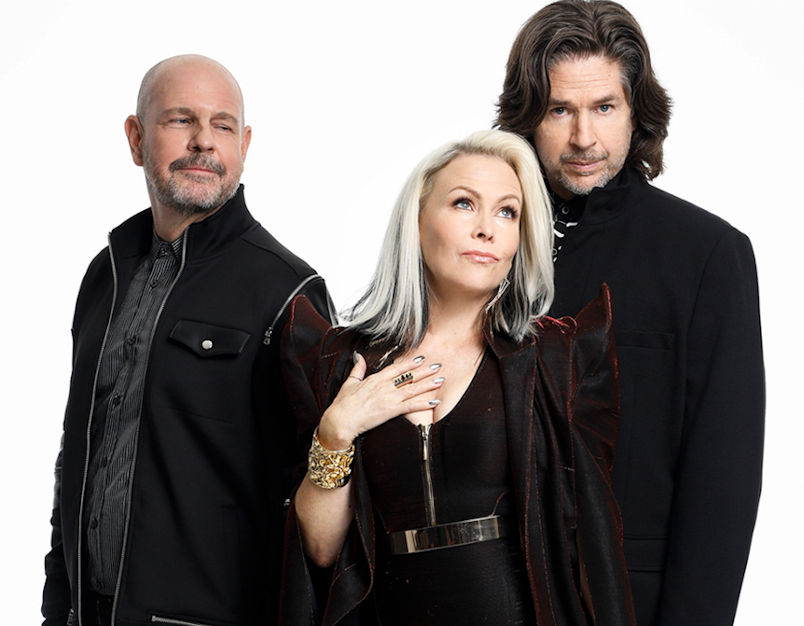 Berlin were founded in Los Angeles by bassist John Crawford, singer Terri Nunn, and Jo Julian. After finding their feet with the 'Information' album they were joined by David Diamond and Rick Olsen. The band made their first impression with the provocative single "Sex (I'm A...)" from the gold-selling debut EP Pleasure Victim in 1982. Joined by player Matt Reid, and drummer Rob Brill. Berlin's full-length LP was the 'Love Life' in 1984 was gold selling. In 1985, the group was pared down to a trio of John Crawford, Terri Nunn, and Rob Brill. Berlin topped the charts worldwide in 1986 with the single "Take My Breath Away," the love theme from the Tom Cruise movie Top Gun. They released their 'Count Three And Prey' album the same year which spawned a series of worldwide tours and singles. Terri Nunn left for a solo career in 1987, and Crawford and Brill teamed up in the Big F. In 1989. In the 2000s Terri carried the Berlin flame with extensive live appearances and the new albums, 'Voyeur', '4Play', 'All the Way In' and 'Animal'. In 2018 John Crawford and David Diamond rejoined the band and in 2019 they released their Transcendence album. 2020 saw them re-record their greatest hits with the help of the Prague Philharmonic Orchestra for the 'Strings Attached' album.